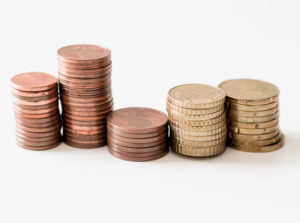 A vision and passion for applying First World ingenuity to Third World financial problems began in the readings of a Berkeley law student, Joseph Blatchford, in 1961. A combination of his thoughtful studies, and his personal experiences in travel in Latin America led to an initial plan to launch the organization Accion. This persistence and learning continued and, by 1973, it had evolved into the revolutionary concept of microcredit.  This idea has provided financial credit in portions of the Third World economy that had previously been dismissed as unsuitable credit risks. Accion demonstrated an extremely high credit success rate, and slowly the idea of microcredit evolved to the major world force it is today. As an indication of impact, the 2006 Nobel Peace Prize recognized microcredit.

The HIBAR elements of this project:

Dual motivations: If Blatchford had only cared about short-term successes, his work would not have carried out the basic research needed to evaluate the merit of this new approach. Thus, the blend of motivation to understand and desire to improve was key.

Dual methods: Similarly, this synergy of motivations led to the blended approach to studying the problem and taking direct action to solve it.

Dual partners: In this case, the creative drive and energy was located primarily outside of the university system and involved hands-on practitioners, but the successful acceptance of these ideas necessitated high-level participation of established researchers in the analysis of the ongoing results, which likely contributed to the impact.

Dual time frame: The dual time frame in this case is illustrated by 50-year time span from Blatchford’s first studies to Nobel recognition for microcredit. As with other HIBAR projects, microcredit required short-term urgency with long-term patience – intense action over a long haul.